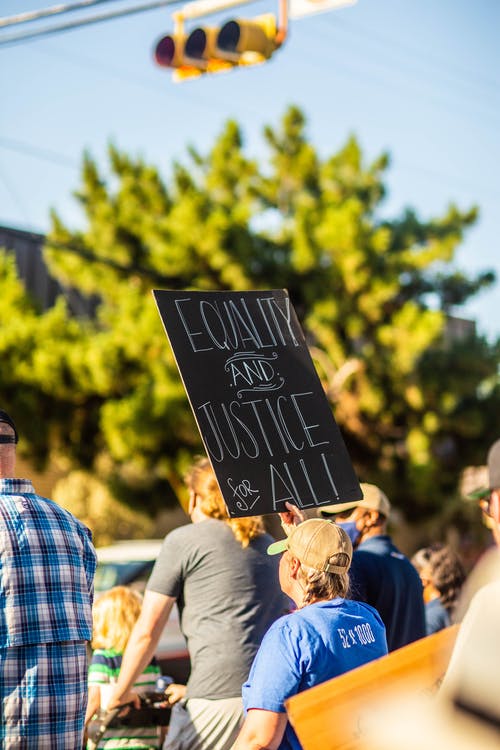 His hands restrained behind his back…

A White police officer seen crouching; a knee pressed to the man’s neck…

He lay in distress, pleading for breath while passersby implored the police officer to let him go.

“I can’t breathe,” he said before falling silent.

All pleas fell to deaf ears.

Yet another life snuffed out in a matter of 8 minutes and 46 seconds.

This is the story of George Floyd, a 46-year-old African American killed brutally in police custody on the streets of Minneapolis on May 25, 2020. It will soon be a month since the fateful day but the image still rings in the mind. Floyd’s death sparked worldwide protests, with people demanding accountability for similar cases of police brutality in the past. It has also compelled people around the world to reexamine the social structure and the history of racism in their own countries.

Racism is an age-old problem. The police killings of unarmed African Americans be it George Floyd in Minneapolis, Michael Brown Jr. in Ferguson, or the unapologetic slaying of innocent Black parishioners at a church in Charleston, are just modern ramifications of a deep-rooted issue. Racial bias and Black inferiority have existed for nearly two-and-half centuries. ‘Race’ has been at the centre of everything – a major categorizing factor.

Our knowledge of history conditions our thoughts and opinions and the way we respond to the situations around us. We will never be able to fully comprehend or explain the unjust deaths of dozens of African Americans unless we examine American history.

The Black Suppression-White Supremacy has its origin in the trading of African citizens as slaves by British colonizers. African Americans comprise an estimated 13% of the U.S. population and most of them are descendants of former slaves. Black slavery depicted in history textbooks is a highly simplified, and contrived version of reality.

Slavery, as it existed, was a barbaric social practice, that gave a segment of society ownership over another usually a minority group. Here the Whites owned the Blacks, body and mind. They asserted the purity of their race, claiming to be more ‘American’ than the Blacks. Hence, their lives were considered more valuable than the inferior ethnic community.

The Africans were forced into submission and indentured servitude, with most being kidnapped, beaten or raped. Treated less than humans, they were often catalogued as commodities with farm equipment and cattle.

For generations, the Black communities worked uncompensated for their labour and deprived of legal rights. They doubled up as human collaterals. Debts were settled by an exchange of slaves. African slaves were a crucial part of American economy; they helped further the cause of the American capitalism to a great extent. They worked on cash-intensive plantations such as cotton, rice and tobacco putting money into the pockets of many except their own. The tireless efforts of Abraham Lincoln and the Civil War culminating in the Declaration of Independence brought in positive changes for the African Americans such as the abolishment of slavery, the right to vote and equal protection before the law.

The 13th Amendment to the U.S Constitution in 1865 did away with slavery, in the traditional sense of the term, but the African Americans have never been beneficiaries of the privileges afforded to the Whites. Even the ones that were ‘free’, those who had purchased their freedom or had been freed by their owners, inherited a circumscribed life. The so-called “freedom” granted by the Declaration of Independence was short-lived with White owners regaining control of slaves through coercion, terror, and deprivation.

The Blacks were soon relegated to the background at all levels of society. In the confederate states, they were denied the right to vote under the pretext of failing to fulfil several clauses. African Americans were denied positions of power and authority in the administrative setup. The unfair farming policies victimized the Blacks leaving them in debt at the end of every harvest season.

Fast forward to the 50s and 60s, discrimination against the Blacks took on new forms. This included the inability to secure a housing loan despite checking all the eligibility criteria. Areas had been demarcated as specifically “Black inhabited areas” which included redrawing map boundaries. Comparing the prices of real estates, properties in white neighbourhoods appreciated at a higher rate than those in predominantly Black locales. While there has been a move towards integrated schools, hardcore racists advocate segregation in schools and neighbourhoods. Segregationists also strongly oppose the mingling of races. The situation may have changed a bit post-1960s, with a small number of African Americans admitted to high-ranking positions.

The presidential election of Barack Obama for two successive terms also instilled hope, with people expecting changes in the social equation. But there is no denying that the presence of a Black family in the White House didn’t go down well with some White supremacists. Unlike what many people believe, the past is definitely not the past. Racial discrimination does exist and its impacts have trickled down generations. And its tremors can be felt even today. 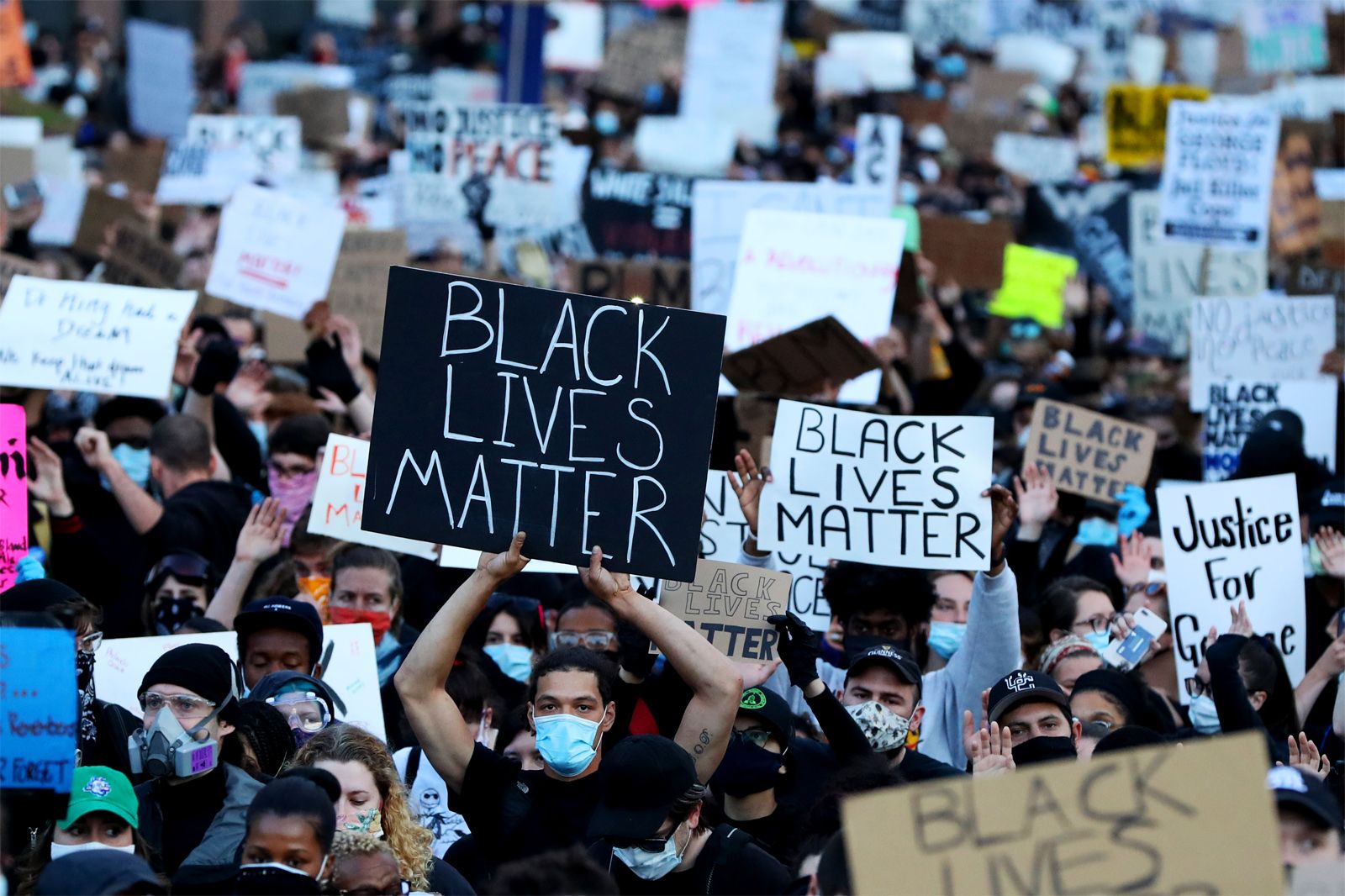 The fight for Black human rights has witnessed a constant flux, between a state of progress and that of regression.

Many will confer that we have come a long way since the first instances of discrimination. However, racial bias is still deeply embedded in society’s fabric. The idea of Black inferiority and criminality persists. African Americans are looked down upon, seen as perpetrators of crimes. They are treated with suspicion, judged, and victimized. They are responded to with bitterness. They are marginalized across the board.

Given a choice between a Black and a White candidate, the former is usually the second option. There are tremendous gaps in the availability of resources to Black communities – jobs, housing, education, healthcare, and mental health services. This creates a domino effect. The rates of poverty are high. Lack of proper education results in a large pool of unskilled labour force. Insufficient housing facilities and stable income impact the overall quality of their lives. Not just this, social injustices have mental repercussions too. Knowing that their personal spaces are under constant supervision, people of the Black communities live in constant fear. The Blacks have been disproportionately targeted

The Whites use these stereotypes to justify their unequal and disrespectful treatment of Blacks. They claim that Blacks are undeserving. And thus, while actually being the victimizers, the Whites end up portraying themselves as the ‘victims. In fact, even law enforcement and government systems are prejudiced towards African Americans. They are viewed from a stereotypical lens. Thus, if considered, most of the violence against the Black community is state-sanctioned. The number of police killings is a case in point.

Eric Garner died in July 2014 when New York Police Department official Daniel Pantaleo held him in a chokehold during an arrest. Tamir Rice’s life was cut short as the tender age of 12 when white officer Timothy Loehmann shot him at the Cleveland Park. The boy was busy playing with his toy gun when the incident took place. In yet another incident, 26-year-old African American Freddie Gray succumbed to spinal injuries while in police custody. We also cannot miss a mention of the shootings of Philando Castile in Minnesota or Alton Sterling in Louisiana. These are just a few of the many high-profile cases involving African Americans and the U.S police on the wrong side of the law.

These deaths are not isolated incidents; they hint at a latent racism in a democratic American society. Racism in the United States is a part of the system, of all facets of American life. It is only the most evident in the U.S. policy and law enforcement agencies.

The trigger: The acquittal of George Zimmerman, the American accused of shooting an unarmed African American 17-year-old Trayvon Martin in July 2013. The phrase first featured in a Facebook post titled “A Love Letter to Black People” posted by Alicia Garza. Cullors and Tometi further shared the post using the #BlackLivesMatter hashtag, popularizing the same. The Black Lives Matter slowed down thereafter, and gained momentum in 2014, following the deaths of Eric Garner and Michael Brown, two more African American men killed in police custody. The rage stemmed from the fact that the court of justice did not convict either of the police officers involved in the crime.

Over the years, the Black Lives Matter movement has evolved as a platform fighting racism, turning the spotlight on cases of police brutality against the Black community. The Black Lives Matter movement is a group championing the cause of human rights for Black people. The goal of the civil rights group was to do away with white domination and to build a local support group that would speak out against racial inequality and violence against Black communities. In light of the present events, Black Lives Matter has become the global rallying call for racial equality.

The fight has been to help people of the Black Community live with dignity. The growing popularity of the Black Lives Matter hashtag online has perpetuated a powerful movement offline.

A Call for an Equal Society

The ruthless death of George Floyd unleashed centuries of frustrations and outrage. Protests of this magnitude were previously unseen and were different from what came before. The violence sweeping the globe is a clear indication that society has reached its breaking point. They indicate a shift in public opinion; that people are no longer willing to silently bear these social injustices, but are rather coming forward fearlessly to raise their voices against exploitation.

The Black Lives Matter movement has become a household name. The issues that were once only the concern of a minority group, are now being widely discussed across kitchen tables. The movement has also gained increased White support. People are decrying institutional racism; from commoners to chief executives to celebrities, people from all levels of society have joined in on the protests. Larger corporations are also participating in the protests pledging racial equality.

The lockdowns due to the coronavirus pandemic have also given people the time to think about issues inflicting the world. People have become more sensitive to the problems of others. They are out in the streets raising concerns and showing solidarity, uncertain of who it would be next. They will never be able to grasp the gravity of the situation because it will never be a first-hand experience for them. But the mere support could mean a change in the right direction.

The Black Lives Matter group has been supporting the Black community in myriad ways. Fund projects have helped raise the money needed to support African American families whose members have been victims of racial and social injustices. Their Bail project supplies the funds needed to bail members of the Black community that cannot afford it.

In trying to extend the Black Lives Matter movement beyond a mere catchphrase and a social media movement, activists have also been demanding important policy changes.

The Black Lives Matter marches and protests lose meaning in the absence of policy changes. All-in-all, there should be an increase in investments in Black communities. It is important to change the system that holds racial issues at its core. Nothing will change if people keep acting on these stereotypes. Policymakers must be particularly thoughtful and sensitive about these issues and adopt an inclusive approach at all levels. For things to change, they need to first get rid of their unconscious biases.