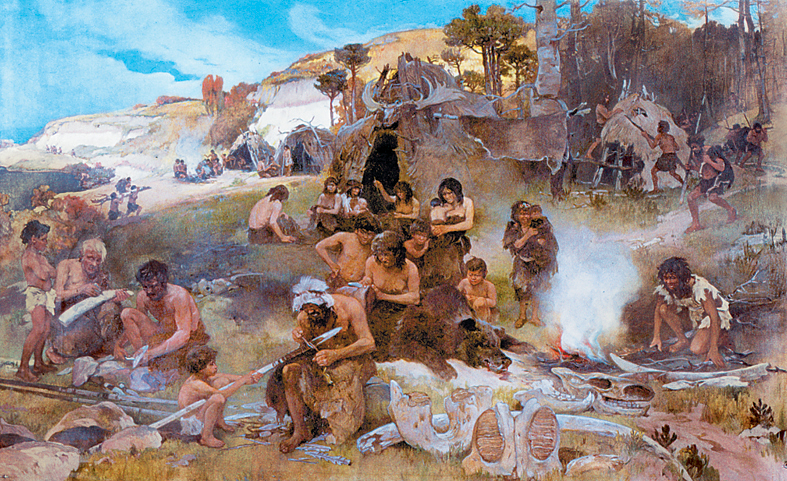 For many of us city-dwellers, loaded with gizmos and gadgets, the tribal way of life can be difficult to comprehend. Our connect is limited to a film, a documentary or an excursion to a tribal museum. Not just this, despite efforts by governments and missionaries, there are still plenty of uncontacted tribes inhabiting the forests of New Guinea and the Amazon. They live in isolated environments miles away from civilisation.

Modern and literate society often looks down on indigenous communities. We claim to be civilised while they ‘traditional’ and ‘backward’. However, what most of us fail to see is that our roots lie in this very primitive, simplistic way of life. These tribes, living on bare necessities, give us a glimpse into the original lifestyle of humans. This is the kind of life that we have evolved from.

According to the estimates of the United Nations, there are approximately 370 million indigenous people spread across 90 countries in the world. That accounts for a little less than 6% of the global population. The Aborigines from Australia, the Maori of New Zealand, the Aleuts from Alaska, the Bushmen and the San from the Kalahari Desert, the Inuit from North America, the Aeta from the Philippines, the Jarwas, and the Amazonians tribes are just a few of the popular ones.

Western cultures are fairly recent, not older than 200 years. However, these indigenous people have a long history. They are, in fact, the original inhabitants of the regions they live in. Their ancestors were among the first settlers and were only later forced to shift due to colonial expansion. It is for this reason that they are called the “First Peoples” or the “Natives”.  These traditional communities are identified by their unique social practises, cultural traditions and economic and political institutions.

A survey of history highlights that several human communities have thrived and survived for thousands of years. Even to this day, tribes across the globe are largely self-reliant in terms of sustaining their needs. They live isolated populating remote regions – jungles, forests, icy caps, mountains and deserts.

Much like our ancestors, these nomadic tribes are hunter-gatherers. They live in close commune with nature. All activities are attuned to the seasons and cycles of nature. Tribals depend on their natural surroundings for food feeding on nuts, fruits, flowers, vegetables, roots and wild animals. It is not easily available; they must forage in the forest. In some regions, they also practise traditional agricultural methods such as shifting cultivation. Hunting and fishing are the other sources of food. They use crude tools to hunt and fish.

Food is limited, enough to satisfy the daily needs. They lead a sparse and conservative life. Due to the scarcity of food, many do not get two proper meals a day. The body, however, adapts to the mode of starvation making up its calorie requirement at the next available meal.  The lives of the indigenous people are so locally adaptable and dependent on nature that even their sleep pattern is regulated by the rotations of the sun.

Most tribal settlements are located near a water source. Permanent tribal inhabitants live in houses made of natural resources such as straw, wood and bamboo.  A small percentage of tribes are nomads.

The tribal lifestyle is also a highly active one. Looking back, our predecessors also did not have it easy. A nomadic lifestyle, the need to hunt for food, chasing a prey necessitated one to be constantly on the move. The same is for the dozens of tribes inhabiting forests. Surviving in the wild involves a great deal of physical activity keeping them healthy and fit. The idea of community is central to all tribes. The means of production are community-owned and operated. Their lives are based on shared values and communal trust.

Integrating into the Mainstream

These once-untouched tribal communities, however, are now finding their homes under threat. The implementation of development projects – dams building – have destroyed natural habitats. These lands are being encroached upon to extract the valuable resources they provide too. Forest are exploited for rubber, mining, and logging. Governments are also trying to integrate these indigenous people into the mainstream to address issues, particularly disease.

While there have been protests to resist destructive development, it often ends in forceful displacement. It is robbing the tribals of their only means of sustenance. It has destroyed their land and culture and is impacting their way of life. Our consumerist lifestyles are highly unsustainable. It has also destroyed natural sustainability giving rise to serious issues like climate change, biodiversity loss and pollution. There is a need to protect the people who protect mother nature.

We are caught up in the hustle and bustle of our lives. Despite having all the luxuries and amenities at our disposal, we are extremely dissatisfied. Experts suggest, that probably going back to the primitive way of life could make us happier and contented.