What is Vinegar? Things you probably didn’t know about it 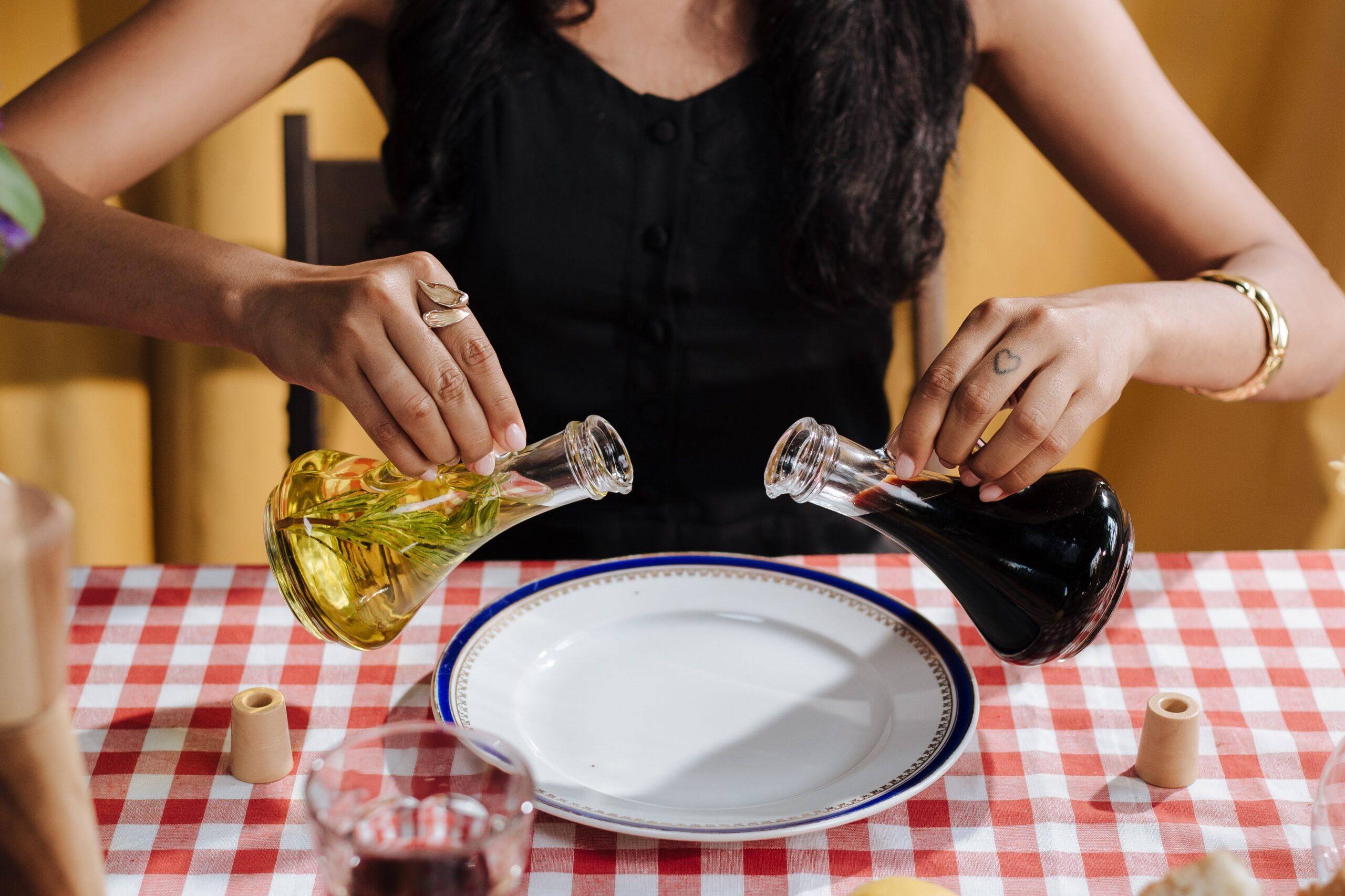 When sugary foods or drinks like wine or fruit are fermented, a sour liquid called vinegar is produced. As a seasoning, it’s used to enhance taste, and as a preservative, it’s put to good use when pickling. Vinegar adds a sour, tangy flavor and scent to dishes. Its sharpness “marinates” food by dissolving its structural components and eroding its texture. 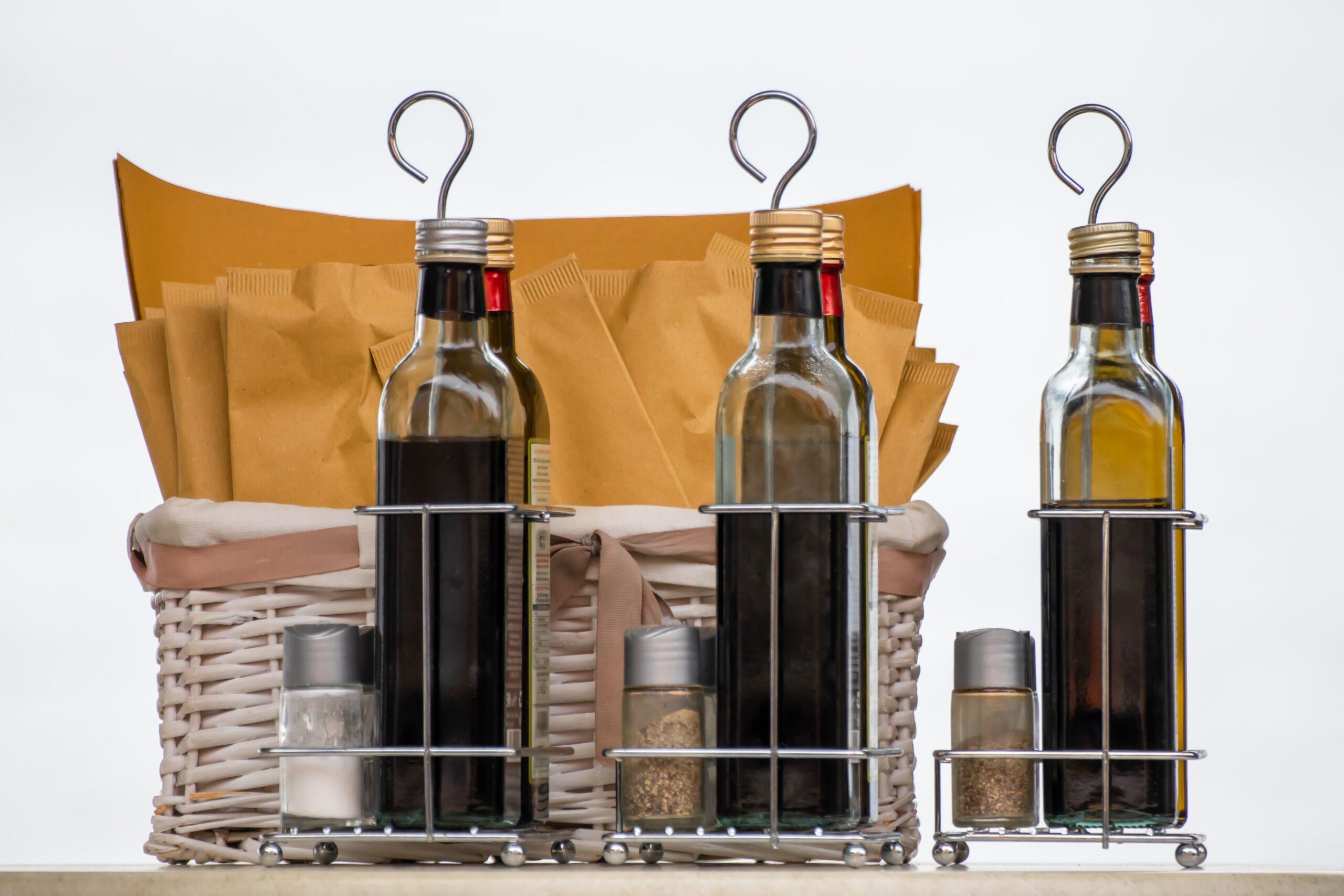 Origin and Discovery of vinegar

The history of vinegar is deep. Urns from ancient Egypt dating back to roughly 3000 B.C. have been analyzed, and they contain traces of vinegar. Even earlier than that, about 5000 B.C., vinegar is mentioned in Babylonian writings. Both a seasoning as well as a preserving, vinegar was essential to the Babylonians because it allowed them to bring food on long voyages without spoiling. Ancient peasants and tourists would dilute it with water to help them stay hydrated.

In the past, many people drank vinegar. In ancient Greece, oxycrat was the most popular drink. It was made using a combination of water, vinegar, and honey and stored in vessels known as oxydes. In a similar vein, the Romans consumed “posca,” a combination of water and vinegar that was distributed on the streets. At Christ’s crucifixion, the Bible says Roman soldiers gave him vinegar. At Roman feasts, there was usually a dish of vinegar, called a “acetabulum,” for dipping little slices of bread into.

Types and sources of vinegar

Each kind of vinegar and the ideal situations in which to use it are described below.

Certain brands of white vinegar may be distilled white vinegar, that is typically manufactured with 5- to 10-percent acetic acid and 90-95-percent water. Among the most adaptable vinegars, this one may be used in a wide variety of ways.

White wine vinegar, as the name suggests, is produced by fermenting white wine. The flavor is less sharp than that of apple cider vinegar and diluted white vinegar. It serves a wide variety of applications in the kitchen, and is often used in seasoning, condiments, and salad sauces.

Among the many vinegars available, balsamic is among the most sought after. The more time it spends in storage, the darker it becomes, the sweeter the taste, and the thicker the texture. While balsamic vinegar is widely available, the price may range from free to $200 or more.

Champagne vinegar, as the name suggests, is produced by fermenting champagne. It has the mildest flavor of any vinegar, and its tangy and sweet taste makes it a versatile condiment. Salads, braised pork, and poultry all benefit from being seasoned with champagne vinegar.

Vinegar from a red wine fermentation

Red wine vinegar, which is made by letting sour red wine sit out for a while, may be used in a variety of contexts. Salad condiments, relishes, slow crockpot meals, sauces, reductions, and pickles all benefit from having it as an ingredient.

Fermented rice wine is used to produce rice vinegar. It’s less acidic than regular vinegar and has a mild, sweet taste. Rice vinegar comes in a wide range of colors, from clear to brown to crimson and even black, depending on the place of origin of the container.

As people have discovered the many benefits of using apple cider vinegar, its popularity has skyrocketed. This vinegar’s distinctive taste comes from the fermentation of apple juice.

A Vinegar Made from Sherry

Produced in the region of Cadiz in southern Spain, sherry vinegar is fermented from sherry wine. It’s been matured for at least six months after undergoing a natural fermentation process. Sherry vinegar is classified as Reserva if it has been matured for at least two years, and as Gran Reserva if it has been aged for more than ten.

Barley is fermented and then fermented again to create malt vinegar. Though it’s most often associated with being used in fish and chips, this vinegar is also frequently used for other purposes, such as putting beans on toast or creating pickles.

It is also not safe to consume industrial vinegar, often known as agricultural vinegar. Vinegar used in manufacturing typically has an acidity level of between 20 and 30 percent. It has many practical applications, from eradicating weeds in lawns to cleaning business buildings.

The acetic acid in white vinegar may have beneficial effects on health, including lowering blood sugar levels, managing weight, lowering cholesterol levels, and fighting off infections. Vinegar may provide a number of health advantages, including those listed below.

Taking vinegar after a meal may lower your blood sugar and insulin levels, according to certain human research.

Cut down on calories

It has been suggested that vinegar consumption slows gastric emptying, making you feel fuller for longer. This might help you cut down on calories and lose weight.

Vinegar has been demonstrated to lower cholesterol levels in mice in animal experiments. In the end, further study is required to establish causality between vinegar and cholesterol.

Vinegar’s antibacterial characteristics may make it effective in treating nail fungus, warts, and ear infections. It may also be used topically to heal wounds and cure infections.

Vinegar’s culinary and therapeutic uses date back thousands of years. It may be used for everything from pickling food to curing skin problems. However, before incorporating vinegar into your health routine, you should know about its potential adverse effects.

The digestive process is disrupted by vinegar, leading to a decrease in nutrient absorption and an increase in the absorption of toxins.

Additionally, vinegar encourages cellular alterations that have been linked to an increased risk of stomach cancer. Vinegar intake is now recognized as a risk factor for developing esophageal and/or gastric cancer.

Research shows that vinegar consumption is bad for the organs responsible for detoxification in the body (liver and kidneys).

Tyramine is found in high concentrations in fermented foods like vinegar. High blood pressure, joint discomfort, urticaria, irritable bowel syndrome, and migraines have all been linked to tyramine.